The 334-acre area already holds 145 Red Deer and 61 Fallow Deer – which, whilst in the middle of birthing period – this is ever growing.

Red Deer at the Farm

Red deer are a distinctive rusty red colour in summer turning to a brown winter coat. Adults are not spotted.

Red deer have a short tail and a pale rump patch with no particular distinguishing features.

Red deer have a large head with wide spaced brown eyes. The stags’ antlers are the species most distinguishing feature. They are highly branched and the branches increase with age with multiple points on each antler. The angle of the forward point from the main antler beam is about 90° (unlike the Sika). Antlers are cast during March/April and begin to regrow to be fully formed and clear of velvet in August/September.

Red deer hoof prints or ‘slots’ are unmistakably large and can be confused with sheep or goat marks. Slots may be distorted with the gait of the animal and/or soft ground. A stag’s front hoof may measure 8-9 cm in length.

Females (hinds) weigh 63 to 120kg and stand up to 1.07 – 1.22m at the shoulder. By comparison, an average adult man in Britain stands at 1.77m high and weighs 79kg. Deer living in open upland habitats tend to be smaller than those living in more wooded lowland areas. 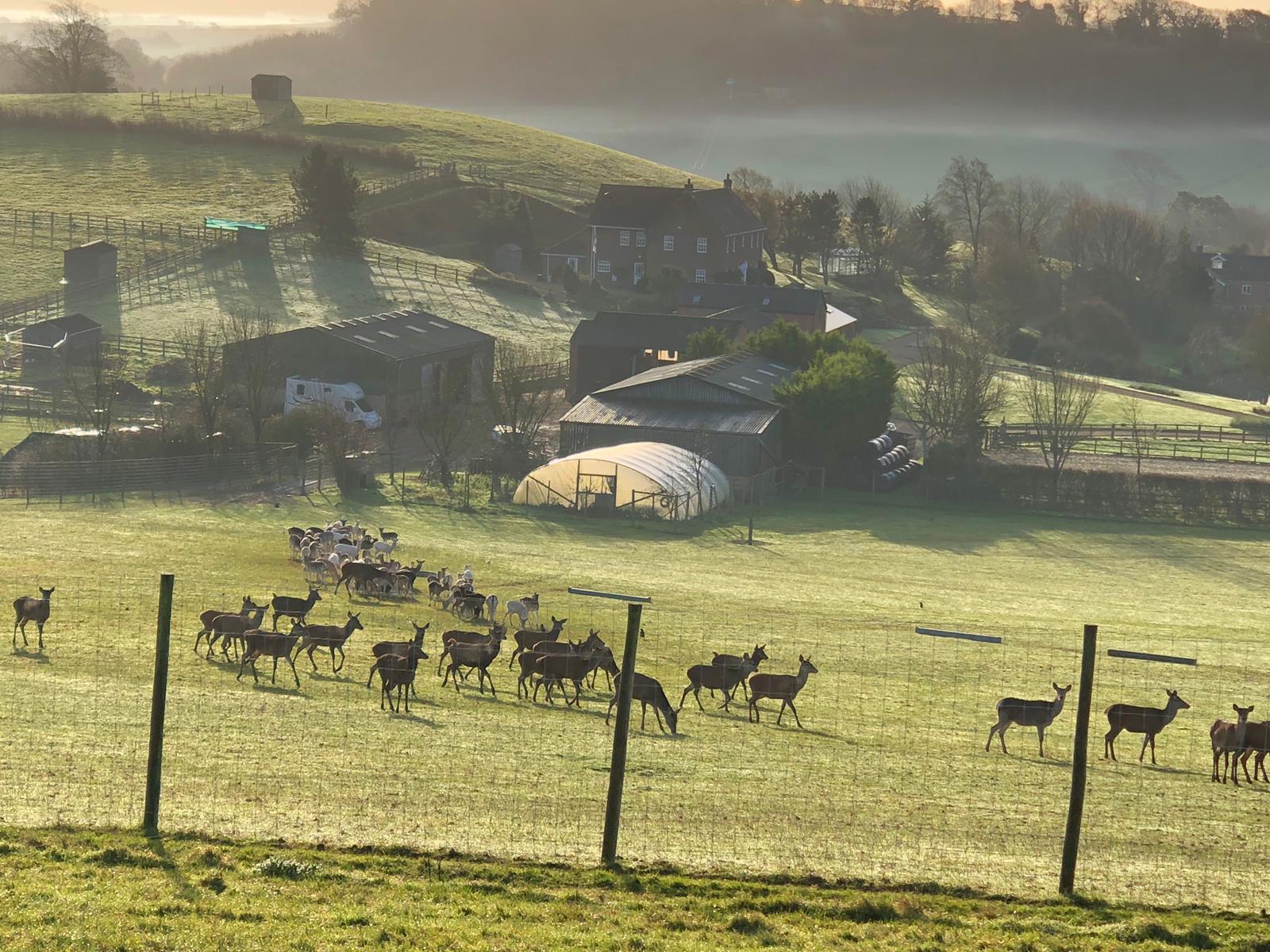 Since taking over the Isle of Wight Deer Farm, Natural Farm Produce Ltd has grown the population of total deer across the site by over 120!

This is ever growing, with 340 Acres of land for roaming.

Fallow deer have four main variations of coat:
Common – tan/fawn, with white spotting on flanks and white rump patch outlined with black horseshoe shaped border. Coat fades to a general grey colour during the winter.
Menil – paler colouration with white spots year-round and a caramel horseshoe shape on rump.
Melanistic – black, almost entirely black or chocolate coloured.
White – white to pale sandy-coloured turning increasingly white with age (this is a true colour and not albino).
Fallow deer often have a distinctive black inverted horseshoe shape on their rumps, and a black stripe on their tails which are the longest of all British deer.

The Fallow deer is the only species in Britain with palmate antlers. These become full-sized after the deer are three/four years old and can reach up to 0.7m in length. Facially, their head is more elongated than some species with large angular ears.